ABOUT HISTORY
The History of Japanese Tea 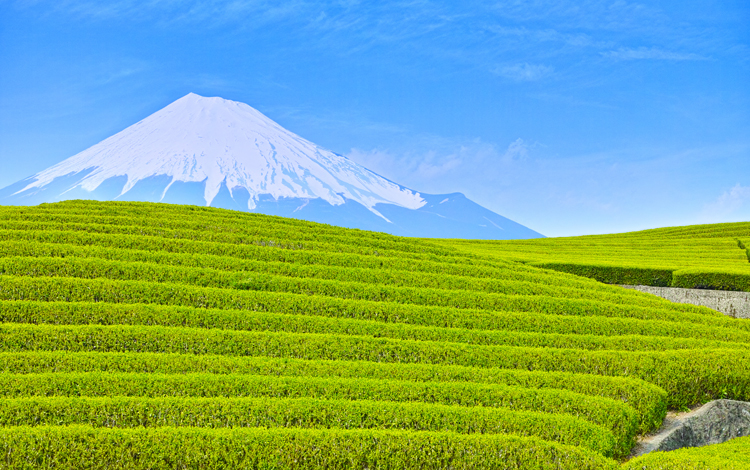 The Origins of Japanese Tea

Long ago, Japan tried to incorporate the advanced culture and institutions of its neighbor China by sending official government emissaries and monks to China to study. The first written records of tea drinking in Japan come from 815 (according to the Nihon Koki) when a monk named Eichu, who had studied in China, recommended tea to Japanese Emperor Saga.
In the Heian Period, the Emperor and people of the nobility were drawn to the culture of China. The members of Japanese nobility soon adopted the Chinese custom of drinking tea. Tea fields were planted and tea production was carried out within the royal court to support the Japanese tea drinking habit. Emperor Saga went on to order that tea be grown in the Kinki region of Japan, although tea was still only consumed by the nobility and monks. During this time, the Japanese royalty drank only Heicha or Dancha tea. Heicha was made by firing tea leaves, and then grinding them into a powder to dissolve in hot water.

The Origins of Matcha

The government of Japan transitioned from one ruled by aristocrats to one ruled by samurai. A monk named Yosai, who had traveled to China twice, experienced tea time at Zen temples in China. In 1191, Yosai brought tea plant seeds back with him from China. He also wrote Kissa Yojoki, which is the first specialized book about tea written in Japan. The methods outlined in Kissa Yojoki might very well be labeled as the origin of Tencha. Much like Matcha today, Tencha was ground into a powder, mixed with hot water, and stirred to a froth with a cha-sen before drinking. The tea plantation at Kozanji Temple in Togano, Kyoto began with the tea Yosai brought to Japan, and the temple is considered to be the oldest in Japan. The tea here was called "Honcha" or “true tea”, to separate it from other teas. Uji is known for its production of Matcha and its tea is considered to be linked to the pedigree of the tea from Togano Kozanji.
In the Kamakura Period, as Zen temples took on the culture of tea drinking, tea also became a social tool in the samurai class. In the Nanboku-cho Period, tea drinking even developed into a sort of game called “Tocha”, in which the tea drinker consumes different teas and guesses the region they come from.

The Origins of the Japanese Tea Ceremony

In 1486, Murata Juko, known as the founder of the Japanese tea ceremony, created "Wabicha." Later tea masters such as Takeno Jōō and Sen no Rikyu perfected the art of the tea ceremony, which then spread among the wealthy merchant and samurai classes. The tea ceremony was eventually formally integrated into samurai etiquette, and became a key part of samurai society.

The Origins of Sencha

According to records from the Edo Period, the consumption of tea had spread to the common people. Commoners however did not drink Matcha, but instead they drank the more easily processed Sencha. In 1738, Nagata Soen invented a superior method of making Sencha called the “Uji Method”. This “Uji Method” instantly swept the nation, and became mainstream in Japan. In 1835, Yamamoto Kahe is said to have created Gyokuro in an attempt to make an even more refined form of Sencha.

The Development of Japanese Tea

In 1853, ships of the Perry Expedition from the United States landed in Japan. As a result, Japan opened up to trade with other nations around the globe. Japanese tea was among the items selected to be exported from Japan. Production of Japanese tea increased as it was chosen to be a key export. The government helped to expand tea plantations, and Japanese tea went on to make up 15-20% of the nation's export revenue. It was during this time that Takabayashi Kenzo began using machinery in tea production and developed revolutionary tea production equipment. Sugiyama Hikosaburo also went on to develop the “Yabukita” type of tea. This new and popular tea would go on to make up more than half of all Japanese tea, and was the response to the increased tea demand both domestically and abroad. War soon reduced the amount of exported and consumed domestically, but as the post-war Japanese economy began to recover, the domestic demand for Japanese tea recouped. Today, there are many ways to enjoy Japanese tea, from bottled tea to tea bags. Japanese tea has also gathered attention for its health benefits. Now, we are trying to once again share the merits of Japanese tea with the rest of the world.